It doesn’t matter if you’re an AR15 builder and picky about the type of barrel or bolt carrier group that goes in your upper receiver or a first-time purchaser of a complete AR15; nothing says fun and safe shooting experience like a 3-gun competition.

It’s an exciting aspect of shooting multiple types of firearms, an AR15 being one of the three, and doing it more accurately and in less time than everybody else. For 3-gun competition AR-15 rifles check out this site.

It may be fun but running around a course with a pistol snug in your holster and a rifle and shotgun hanging from your shoulders is an entirely foreign concept to many of us.

READ MORE:  What Is tbWinl.dll? Is It A Virus Or Malware?

It’s also not the time to learn how to operate a firearm properly and safely. Think again if you want to sign on the dotted line of an entry form without hundreds of hours of practice.

A three-gun match means some serious shooting will occur for many competitors, so you need to practice and keep practicing toward proficiency.

3-gun competitions typically fall into three different categories, and it’s entirely up to you which one will be the best one for you. You may decide to try all three until narrowing your focus to one or two of these three types of events. 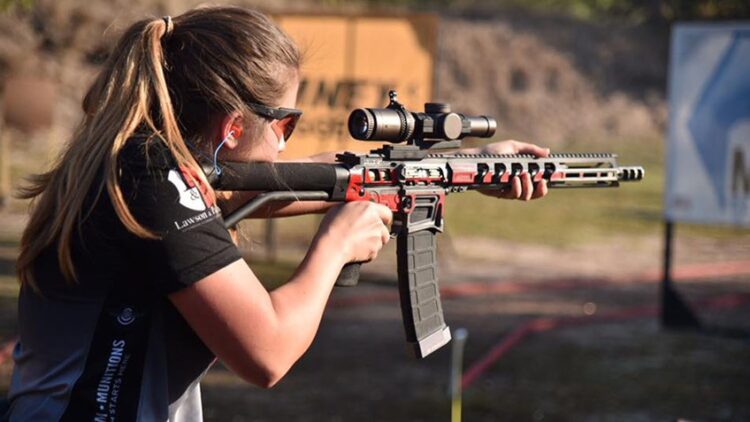 The sky is the limit on this 3-gun competition. Don’t be surprised to see pistols with much longer barrels, oversized grips, and hair triggers that can pop off a round by breathing on them. Expect to see some competitors firing shotguns fed by monster-sized magazine tubes or multiple round speed loaders.

With an open competition, you’ll notice that most avid contenders choose to compete with firearms that are bristling with numerous straight and offset optical system combinations.

When it comes to varying optical arrangements, it’s not a situation of less being more. If you feel you can gain a competitive edge with multiple types of optic systems on your firearms, then go for it.

In an Open competition, you’re open to any style of optical and ammunition feed systems you can think of using.

If it’s a modification a contender decides to make and it’s legal, you can run around the course and fire at those targets at will. From a pure entertainment level, an open competition is probably one of the more popular 3-gun events for the beginner to the world of competitive shooting.

Keep in mind with an Open Competition is that the firearm configurations for shotguns, pistols and your AR15 will seldom satisfy a day in the field hunting and may not live up to expectations when used in home defense.

Firearms, or race guns, some like to call them, used in an Open competition are strictly for competition. When it comes to this style of competition, these firearms aren’t off-the-shelf guns. 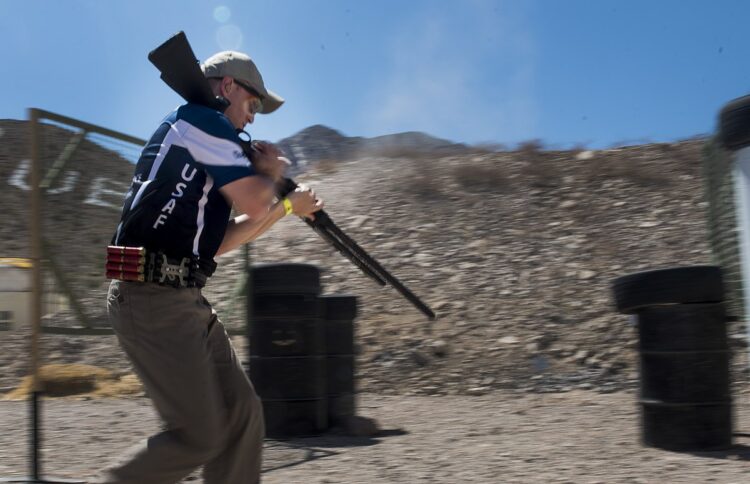 Another popular and more precise three-gun competition is the Tactical shooting competition. Unlike its three-gun cousin, the Open, the AR15, shotgun, and pistol combination has only one optic system on each gun.

Since many hunters and gun enthusiasts who participate already have this configuration sitting in their gun cabinets, this style of 3-gun competition is popular and getting more popular each year.

For this competition, all you need is a semiautomatic shotgun with an extended magazine tube, an AR15 rifle, and a high-capacity semiautomatic pistol firing centerfire ammunition, and you’re in business.

In a Tactical Competition, it’s all about moving through a course, never missing a target and making it through the system smoother and quicker than anybody else.

What’s exciting is that a few of these Tactical Competitions mimic urban warfare conditions, where you’re clearing rooms, shooting at targets through holes in walls, and kicking up a ton of grime and dust as you move. 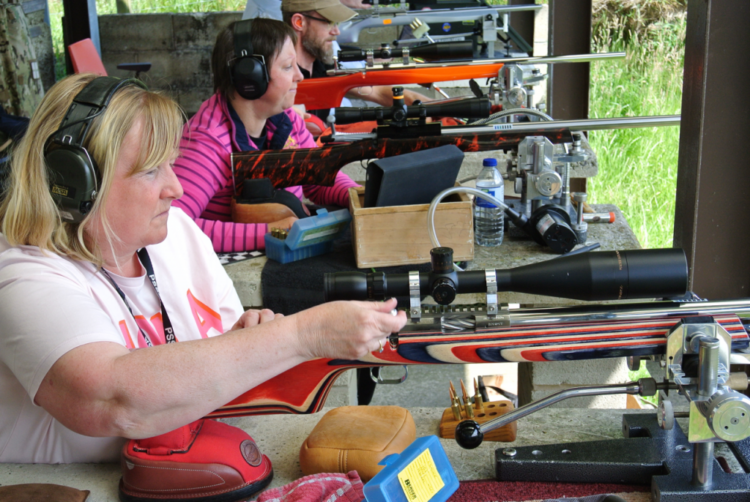 Here is where the big gun shooters come to play. This competition is more strict than Tactical but just as exciting. Heavy Metal shooters are limited to rifles of .308 caliber or greater.

Along with a higher gauge rifle, shooting in Heavy Metal competition means restricting your choice of shotguns to 12 gauge and firing .45 caliber Automatic Colt Pistol round using a single stack magazine.

READ MORE:  How To Update Software On Coolpad 7019

What type of new-fangled optic can you use in Heavy Metal Competition? In a word, none. Competitors in the Heavy Metal arena must fire using iron sights only.

What this means to the typical shooter is that there is little margin for error. Everything from the stance to the aim, follow-up shot, and subsequent target acquisition cannot be left to chance.

To win this type of 3-gun competition, it’s not only about hitting targets. It’s often a case of how well you use your pistol, shotgun, and rifle while moving through the course.

With a Heavy Metal 3-gun competition getting comfortable with iron sight shooting and performing well under pressure is often the difference between first and second.

READ MORE:  How Peer-to-Peer Innovations Are Shaping the Future

Which One Is Right for You

When picking your 3-gun competition, remember that no match is going to be alike. You may be running through a ton of obstacles in one or end up competing in the Crimson Trace’s Midnight Invitation, which takes place at night.

If you’ve never tried night shooting, you may want to get a couple of daylight courses under your belt first.

As marathons go, you might even choose to participate in one of the more grueling 3-gun matches, such as the MGM Iron Man. With this 3-gun match, you’ll do a lot more running than shooting.

Regardless of the type of match you pick, 3-gun competitions should be all about having fun and increasing your shooting skills. If you want excitement back in your summer and feel the need to add some thrill to your shooting sessions participating in a three-gun match is one of the best ways to do it

Xossip is Finaly Back – But What Is The New Address?

The Different Types of Online Slots